Thypoon Haiyan – the teardrop of an Angry Earth.

With Haiyan….the pain of understanding what is to further unfold has gripped me as it would have those who have spent countless hours in convincing and making aware the world on the dangers of Climate Change and have seen too little happening on the ground.

When I wrote the article Hurricane Sandy & Cyclone Nilam – “Our cousins would be visiting soon”., a year has passed on the anniversary of Hurricane Sandy, and the World has experienced Planet Earth’s invite – Danse Macabre,

Worldwide Natural Disasters List – has grown manifold. To create the desired impact, I have listed each and every disaster which hit India. From January to September 2013. The list contains countries listed from A to Z and all have a similar story. Readers are free to horrify themselves and I hope at the end of it start doing something about it.

The Planet is running out on time.

The chairman of the United Nations’ climate panel has warned the world to act on global warming to avoid passing “on a lousy, spoilt and defiled planet” to future generations.Rajendra K Pachauri, the chairman of the Intergovernmental Panel on Climate Change (IPCC), spoke out as typhoon Haiyan slammed into the Philippines causing hundreds of deaths and widespread destruction. While Pachauri said it was not possible to blame any single disaster on the steep rise in carbon emissions, the increased frequency of extreme weather events was consistent with scientific predictions.

And yet we have a World which considers itself smart with “leaders” expert in “Realpolitik”.

Ah! the shame and the futility of intellect can never be more stark….

Arctic Oil Production Could Begin Later This Year As Russia’s Gazprom Prepares To Tap Reserves: Gazprom has announced that it is on track to begin oil production this year at the Prirazlomnoye Arctic oil project that has ignited protests from environmental groups over the dangers of possible oil spills.

“As was envisaged, production is expected to start by the year-end,” Gazprom Neft Shelf, a unit of Gazprom, said in an email to Reuters – the first public remarks by the company since Greenpeace activists tried to scale the production platform at Russia’s first Arctic offshore oil project last month.

On Wednesday Russia charged Greenpeace activists with piracy for their demonstration against Arctic oil drilling, which the Kremlin sees as a key to Russia’s future prosperity.

Arctic offshore oil and gas development is crucial for Russia, which relies on hydrocarbon sales for more than half its budget revenue. The Ministry of Natural Resources puts the offshore oil resources at 100 billion tonnes, which would be enough to satisfy global demand for 25 years at current consumption levels……..

President Obama’s recent Climate Action Plan, which calls for an end to public financing for new coal plants overseas, has raised our hopes for a cleaner and safer future … We believe the best way to ensure development is through low carbon growth — not new lignite fired power plants … We therefore ask the U.S. state department to lead a new U.S. Government effort to identify clean alternatives to a proposed coal fired power plant in the country that can be supported by the World Bank Group…..(more)

A National Resilience Award to inspire local leadership to build safer communities launched last week in the Philippines……..UN Champion for Disaster Risk Reduction and Climate Change Adaptation, Senator Loren Legarda unveiled the initiative on the same weekend in which Typhoon Nari left at least 13 people dead in the northern provinces of the Philippines; a reminder of the urgent need to strengthen resilience in the Philippines….At least 750,000 people were affected before the typhoon made its way out into the South China Sea towards China and Viet Nam.(more)

Warming of the climate system is unequivocal, and since the 1950s, many of the observed changes are unprecedented over decades to millennia. The atmosphere and ocean have warmed, the amounts of snow and ice have diminished, sea level has risen, and the concentrations of greenhouse gases have increased….

Human influence on the climate system is clear. This is evident from the increasing greenhouse gas concentrations in the atmosphere, positive radiative forcing, observed warming, and understanding of the climate system. – Excerpts from SREX report by The Intergovernmental Panel on Climate Change (IPCC);the leading international body for the assessment of climate change endorsed by the UN General Assembly.

TACLOBAN/HANOI: A super typhoon that destroyed entire towns across the Philippines is believed to have killed more than 10,000 people, authorities said on Sunday, which would make it the country’s deadliest recorded natural disaster…..The scenes in Tacloban, a city of 220,000 people, and other coastal towns were reminiscent of a tsunami aftermath, with concrete slabs the only part of many homes remaining, vehicles flipped over and power lines destroyed……The Philippines endures a seemingly never-ending pattern of deadly typhoons, earthquakes, volcano eruptions and other natural disasters….

It is located along a typhoon belt and the so-called Ring of Fire, a vast Pacific Ocean region where many of Earth’s earthquakes and volcanic eruptions occur.

Dear Friends and Colleagues, in this session we shall try to find areas of synergy for society in its quest for living in a sustainable environment. I will not preach about Global Warming. Experts on Climate change have already spoken on them and Mother Nature has been politely ( Yes! Hurricane Sandy & Katrina, Cyclone Phailin and Typhoon Haiyan are but a polite nudge; if one understands the tremendous force Earth holds in its bosom)  reminding the Human Civilization on how fragile and pompous is its claim to be the most intelligent and mighty animal on Earth.Civilization is battered, but is yet to come to its senses. Society was always in synergy with Nature it has always been sustainable and one with the Environment. Until the time when we thought it more prudent to follow a culture and life-style alien to our very ethos. When we started considering, without proper thought to design and build, to trade and commerce, to act and think what someone else considered fashionable. While the intelligence lies in following what is good; irrespective of region or nation from where it might have originated. in the past 100 odd years we have behaved like college kids, who would wear any dress which would be trending at the time, irrespective of it suiting or not.We in our pursuit of narrow self-interest forget that with every new technology we adopt, without indigenization it could be detrimental to Sustainable practice, when looked at from the perspective of the Millennium & Sustainable  Development Goals, (as it does not factor at times, of creating jobs or preserve the ecosystem but, deny that opportunity altogether.) 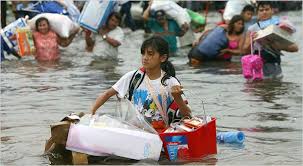 The rate at which we are destroying greener pastures without stopping to think how we can improve the very cities we live in will eventually lead us to situations which almost all of us are very familiar with.

And it is not just the greed of the people directly involved in that event but perhaps all of us sitting in far away plush offices and homes. If we look into ourselves we all have the self-righteous belief that it is only the elected representatives and the administration which is responsible for all things that is required to run a civilization.

Honesty and discipline can’t be selective.

From following simple traffic rules and building by-laws to complex environmental issues; the so called innocent common man is rarely honest when it comes upon himself to follow those rules.

There could be many of us who must know a neighbour who has an endangered turtle in his/her fish tank but don’t even bother?

Tigers are killed because some humans believe that eating parts of them would be beneficial. Trees in tropical and rain-forest are chopped because some in south Asian cities  believe that having a golf course could help turn their brown skin a bit more white and western  (albeit a little brown).

Tree logs are smuggled because without a polished Burma Teak floor, a style statement can’t be made about how rich the man is.

The Panda is near extinct because without fine paper to write upon the CEO can’t work. Without having a printed email, she/he can’t decide coherently.

But to arrest that we must delve deep into ourselves to find a solution. Unless we understand that each individual reading  this and those outside, whizzing past their window, without any knowledge or interest of what is transpiring within; come together,  we would be facing a calamity so terrible that World War-II would pale by comparison.

The onus is on us to change our life-style. While not one climate scientist or environmentalist suggest that we go back and live in caves; if there would be no irrational demand, exploitation beyond rationale can’t happen.

Even the choice of a petrol/diesel guzzling Car, the fetish of using every cosmetic which boast of all the fruits and vegetables which a hungry third world Nations never gets to eat creates the vicious circle where armed guards swoop down from helicopters to arrest those who were in their own way trying to arrest the slide to climate chaos!

History has always proven that Civilization takes a turn when there is mass movement. But that mass movement finds legitimacy when the elite partake to make the change; therefore it is for those who understand the dangers of unsustainable living create opportunity and solutions which the mass can relate to.

We must nudge the common man in relating every-day events to the Climate Change and how we can adapt if not mitigate the consequence of global warming, the threats of which is already manifest – the drama of Danse Macabre which Mother earth has started playing with regular shows, each more intense or frequent than the last.

A bigger disastrous calamity may befall if steps are not taken; every day, every moment, by all at the micro-level which is catalysed by sound policy at the macro level by the Nation, thus help in making those micro level changes easier for people to adopt and benefit from.

We must understand that Food-Clothing-Shelter will always come in the same order of precedence as it has from time immemorial.

The first necessity after any disaster is Food & Water; Clothing and Shelter….it must be remembered.. always!