Green Business Ideas: Solar Panels can save water in the fields for farmers.

In India, Dehydrated Fruits & Vegetables is nothing new, as I found in the link attached and one can even do this at home in the Western nations too.  But the first thing you will hear a fruit and vegetable vendor shout at the top of his voice in the dusty Indian Bazaars is how fresh his produce are. And in the cities too, wives go early to the mall called “Big Bazzar” every Wednesday because fresh fruit and vegetables are stocked up that day. In fact, it is sold a little cheaper. A smart move, because more would be sold  thus reducing the storage space and rotting, both of which otherwise is a loss to the company.

So, we buy fresh fruits & vegetables and what is the first thing we do? We chop the vegetables with great love and affection and prepare that special dish the “famous chef” prepared on TV for us. Following the instructions to the letter, we stir-fry or boil the vegetable and let it – “simmer in low-heat, so as to cook in its own juice, and once all the water is dried up, stir it some more and then add salt to taste, and the add some water, let it come to boil and voila, the super dish is ready! “

In one sentence, most Indian cooking involves dehydrating the vegetables in the process of cooking and then adding water to make the curry.

Dehydrating means, as you all know; removing water from the produce. So why do we need to buy fresh produce ? Which contain a lot of water, when almost always we will in the process of cooking evaporate it away?

Imagine, we are more than a Billion in population, who empirically speaking cook our vegetables to make a variety of dishes but with more or less the similar process of evaporating the water away!

WATER – the United Nation has a whole department of intelligent people, striving along with World Leaders in high – powered conferences in air-conditioned halls, as to how its scarcity can be tackled !

WATER – Droughts and its aftermath, recorded by those award winning media anchors, in its full gory detail – we watch in horror and pain, clutching our Mineral water bottle a little tighter and rationing our sip !

WATER – On which books have been written, which we rush to buy during a Champagne & Cheese cocktail, reading event by the authors, who warns in their books that water scarcity may cause World War -III  !

WATER – The lack of which kills a farmer with regular monotony in the Country I live while I follow all the other three above  mentioned water related actions!

It is time WE leave the water in the fields when we buy our Vegetables & Fruits.

What I fail to understand is when the Country and the World is already having a very mature understanding of Dehydrated food, why then this is not percolating down to the grass-roots! While I do understand that Sociology is not an easy science and removing barriers are time-consuming,I have yet to see CNN, BBC, NDTV, Times Now TV and host of other regional News channel cover this topic on their very popular talk shows – every month. Documentaries of course once in a while do come. But the responsibility lies more with the regional News channels.

I can only propose a Green Business Idea which may perhaps benefit all.

What is essential is to connect the dots between seemingly diverse fields and giving them a common approach.

1. The UN must during the Rio+20 propose to the member nations to devise a format wherein tax rebates would be given to all who could show that they have used at least 30% of their vegetable prepared with dehydrated  form of the same. This will be both an incentive to lower mental barriers and a process of mild cajoling and not draconian law, before such laws become necessary for some Countries in the future.

2. Popular Hollywood & Indian main-stream cinema must show use and consumption, to make it fashionable. It’s the rich, who throw food away. Stand in the alley of any big Hotel and you will be amazed at the amount wasted. While, I’m not here to advocate good eating habits to adults, who should know better; at-least lets not throw out the Water ! And by the way the freshest and juiciest of fruits & vegetables can be found in these Hotel kitchens.

The people at grass-root level are the biggest market for any idea. And just like the grass  they always like to move upwards. Seeing their “heroes” endorsing dehydrated food could lead a multitude to follow. ( the income tax rebate is the real reason, but I have a middle class mentality – I need an excuse which is stylish ! )

3. Traditional SUN dried fruits and vegetables are super, but let that be for the – oh ! so rich. Us common people would be happy if it is offered to us packed and SOLAR dried.

Yep, all those solar panel manufactures and business persons, its time your creative team bombards the TV boxes with advertisement on how Solar dried fruits and vegetables can save the World form a climate crisis. You could always share your expenses with the dehydrated food industry, which would surely benefit from such advertisement too. Add this and promote this to the many other ideas on solar I have written in this blog. But this idea makes me the most happy.

In fact the SUN would be providing -Water! No farmer, no child in India or Africa or anywhere else would need to die, due to thirst. No, forest would turn dry and the birds and bees would sing as the always did, before man-made actions parched their paradise.

Its time the Rain Forest nation gives out the call; a green business idea on the road to Rio+20 !

Posted by Oyeta936 on February 22, 2012 in Susutainable Buildings & Climate Initiatives 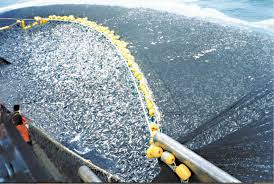 Over fishing is a sad story repeated along the sea-coast everywhere. Documentaries showing the haggard faces of fishermen staring at an uncertain future, as the catch dwindles each year have won acclaim and awards. But barring a few who genuinely want the fishing communities to survive; the World at large is still oblivious to the problems. According to a 2008 UN report, the world’s fishing fleets are losing $50 billion USD each year through depleted stocks and poor fisheries management.

Unlike Currency you can not print fish when you want. The Economy unfortunately has to bow down to Ecology. But while the world grapples at what would be the model for ” Sustainable Capitalism” as opposed to ” Crony Capitalism“, a man has to earn his bread and put the meal on the table.

So, what does a fishing community do when there is no fish to catch?  All they need to do is harvest some algae for producing Bio-fuel. Marine Algae  is  used as food, medicine & fertilizer. Bio-fuel already is a nascent  industry which is well recognized though not reached its full potential but in the coming years as the World moves away from fossil fuel, it would gain prominence as another alternate to various other clean tech energy source. Moreover algae is a proven “carbon sink” and this alone would attract Carbon funding and thus help in poverty alleviation. 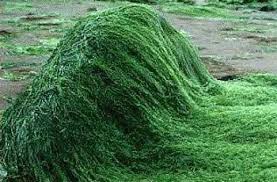 In India we are blessed with a long coastline. Along this coast line live some very poor fishing communities live who can benefit from alga-culture . Also in India we have the brackish water lakes like – Kaliveli Lake, Tamil Nadu; Kerala Backwaters, Series of lagoons and lakes in Kerala; Pulicat Lake, north of Chennai; The Rann of Kutch, Gujarat.

In the famous Aurovile, Pondicherry; India. How Spirulina farming can benefit the community can be seen. That such a beautiful “Sustainable Capitalism” will be found in Aurovile – a universal town where men and women of all countries are able to live in peace and progressive harmony above all creeds, all politics and all nationalities. The purpose of Auroville is to realise human unity – was not a surprise. The Government of India along with the help of the States can set up training institutes where the marginalized fishermen  learn to “corral” the algae just like salmon farming. As there is a demand for marine algae in medicine; Spirulina is the most known. It has food and medicinal value which is well documented. The income generated by such activities, be it production of food or fuel; could help the people to cope with the pressures of living in the modern world.

But what is more important than helping the fishermen is Educating the consumers. Massive information campaign, especially by the famous restaurants around the World about why one should not order for “that fish” during certain season. And the menus should display – “this particular fish is from the cold storage & not a fresh catch. For fresh fish wait for the harvesting season.” Its time to live & let live.

In the Hindu Culture, during the season called “Shraavana” ( pronounced -shra -van ); no non-veterinarian eating community eats fish, meat, poultry or eggs. This season coincides with the monsoon season. It is a time for replenishment for all. A culture of sustainable living was part of the Ethos. Even plants and trees were venerated, each has a name and direct association with a Hindu God. One had to justify why a tree needed to be felled, and a collective decision was taken by the village council in fair and transparent manner, should even one person object.  However, in our race towards modernity we have lost the touch of reality. I am sure that there would have been similar laws in the ancient Europe and Americas. Laws bulldozed over by the mighty corporations and inventors of the bottom trawling net, which scrapes out every living thing right up-to the bottom of the sea floor.

We many presume that we have become more advanced and developed than our ancestors; however Nature is proving it wrong in every turn ! The result is for all to see.

Posted by Oyeta936 on February 19, 2012 in Susutainable Buildings & Climate Initiatives