RSS
← Green Business Innovation : Offices can now print on a E-paper and save forest.
Energy Efficient Buildings are a tribute to the Environment →

The World Environment Day!- and the customary Lip service.

The World Environment Day; it really warms my heart to see how the World has geared up to the challenges of Global Warming and Climate Change. In our busy schedule of raping and ripping the World apart and hurtling headlong towards Armageddon, with a 3.5 °C rise in temperature, we have the grace to give one full day in a Year to it. And for those who complain it is not enough we have The Earth Day & The Earth Hour. Come on, you can’t have the same program, agenda or even the same name a full 3 times in a year! Get real, the TRP’s would fall, and the newsprint copies would not sell, because the writers can’t think of saying anything new within such short spell. It needs a full year to put the spin on the same old promises, so that they seem fresh and appealing. So if you pick up any newspaper or watch the News, chances are that a mention on World Environment day, would be on the 10th page or a 90 sec mention would feature in your prime time news. As for an advertisement in your favourite entertainment channel. No chance. When it comes to informing the uninformed, awaking the populace from slumber, while the juggernaut of catastrophe is hurtling towards us, read the SREX report and Stern Review, for details and understand the seriousness therein. The media, sadly, is still not waking up to the challenge and its duty to spread this information.

Sometime ago the 4th annual Greenathon; a program on spreading the message on Sustainability was conducted by NDTV. It is a hugely popular program and is very successful, at least for us climate lovers. But even in my housing colony, I could not find a single person who had heard of this in the last 4 years. And my housing society has some of the most educated lot of people who watch News regularly. I did not bother to ask the children, the average age being 13. NDTV is a NEWS channel which conducts its program in English, which is not the native tongue for most Indians. However, Greenathon is a popular program and  for most of us who are one way or other been attached with all things Green watch it with dedication. And a lot does get done through this program. Some of our film actors take up villages and donate money to provide it them with Solar lamps and spread knowledge about other things Green. But what it does for the whole year post the Greenathon ? Well, not much because as I had said earlier, I do not see any programs which are spreading awareness about climate change in a consistent manner in India. And that is unless the 4th Estate makes a determined effort to spread the message in a consistent and continued manner, spread over all the 52 weeks in a year, we shall not be able to make much headway. And NDTV by itself may not be able to spread this message to every nook and corner of this country fast enough, in my opinion. If one logs on to the  NDTV website, it can not find a link named “Green”, and this is the missing link in what should not  have been, especially when there is so much fanfare in showcasing it.

And no you can not find that the link Green in CNN nor in BBC web pages either.

But if one opens the home page of MSN the guys who run the famous “hotmail.com” you would find a link called “Green” in it with very relevant stories. Not everyone types green, in the search area to find what both CNN’s Road to Rio or NDTV’s Greenathon is upto. What it shows is, that while there may be some very serious persons who are driving these programs, it is more of a personal agenda than a norm; else why not a direct link in the main ribbon of the home page? And if premier NEWS and information channels, whose opinions are taken very seriously around the World have such half-hearted and almost apologetic approach towards Climate change, how would we be able to make an impact? There is no denying of the Pen is always mightier than the Sword; and the reach and depth of penetration the NEWS channels have, especially the good ones, can not be explained in words. This half hearted approach, is disappointing.  It is not enough to write an article and a TV program once in a while but the World media and press should make a concerted effort in spreading this information daily. 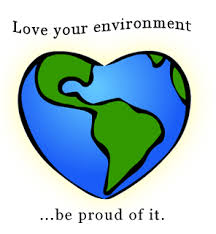 Just as a Horoscope or a Cartoon strip, small news with links for further read should be showcased in every Newsprint in the first page itself  365 days. And most importantly have them translated into regional languages.

It is perhaps only then we may just have a fighting chance before the SREX report and Stern review becomes a frightening reality.

It is time to speak about our planet everyday and help in keeping its heart beating.

Posted by Oyeta936 on June 5, 2012 in Susutainable Buildings & Climate Initiatives

← Green Business Innovation : Offices can now print on a E-paper and save forest.
Energy Efficient Buildings are a tribute to the Environment →

2 responses to “The World Environment Day!- and the customary Lip service.”