RSS
← Insurance Agencies will be the best Advocates for Climate Change Abatement in near Future.
CIICESD : Business of Green is taught best by those in Business. →

Disconnect from ones culture is the root cause of Global Warming

The high carbon economy which is causing Global Warming and Climate change, is cause for concern World over. To combat such unprecedented situation, discussing new clean technology alone would not suffice. If one needs Peoples participation, it has to go deep into the ethos and psyche of the people and devise methods to reconnect bonds which human had once with nature.

India is a predominantly Hindu nation and Hinduism is pagan in Nature. The culture of India is based on the Vedas, Upanishads and the Purans .

The Vedas  traditional date goes back to 3000 BC, something which the German scholar Max Mueller accepted. As a body of writing, the Rig-Veda (the wisdom of verses) is nothing short of remarkable. It contains 1028 hymns (10,589 verses which are divided into ten mandalas or book-sections) dedicated to thirty-three different gods. The most often addressed gods were nature gods like Indra (rain god; king of heavens), Agni (fire god), Rudra (storm god; the ‘howler’), Soma (the draught of immortality, an alcoholic brew).

The composition of the Upanishads is significant and stride forward in the direction of knowing the mystery of earth’s creation and one comes tantalizingly close to the answers. Through episodes, commentaries, stories, traditions and dialogue, the Upanishads unfold the fascinating tale of creation, life, the essence of life and of that beyond to the seeker of truth.

The last is the The Puranas which contain the essence of the Vedas. They were written to impress the teachings of the Vedas onto the masses and to generate devotion to God in them.  The Puranas were meant, not for the scholars, but for ordinary people who could not understand high philosophy and could not study the Vedas. There is an emphasis on the worship of Brahma (the creator), Vishnu (the preserver), Shiva (the destroyer), Surya (the Sun God), Ganesha (the elephant headed god known to be the remover of obstructions ), and Shakti (the goddess).  – Source : http://www.indhistory.com.

If one stops at each of the sentences I have highlighted, one can see that Nature and Animals were an absolute part of our daily living. There was no disconnect in the society from Ecology in its thrust towards agrarian economy and science. The reference to big bang theory and the age of the Universe are mentioned in the Vedas, something modern scientist too calculate. The most interesting thing being the calculations in many places are a near match. This proves that the Vedic period was an advance scientific period of Human history, just like now yet, there was no disconnect from Nature.

The knowledge in the the Vedas and Upanishads which understood God as Omnipotent – Omnipresent – Omniscient and has no form, yet can attain any form through its “Maya”, were not the regular fare for the masses yet the Puranas contained the essence of both. As one delves deeper into the Hindu mythology, one would find that with each Hindu God, some animal is associated, even plants have significance with almost all the important trees and shrubs having some or the other association with the Gods.In many Indian villages till the last century it was impossible to cut down a tree without the entire villages consent. And even today the “Panchyat” ( 5 member jury ) sit under a sacred tree, which is planted at the centre of a village, in rural India.

If one reads the 10 “Avatars” of the Lord Vishnu – Matsya, the fish-avatar ; Kurma, the tortoise-avatar ; Varaha, the boar-avatar ; Narasimha, the half man-half lion avatar – are the very first 4 avatars, in which Mother Earth has been rescued by God in animal form. Thus highlighting the importance of animals in this planet  and the balance of ecosystem. 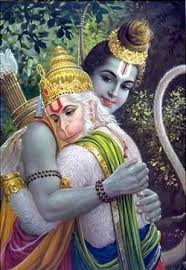 Rama Avatar is the most important as here the synergy between human and animal is supreme. Lord Shiva in the avatar of Hanuman ( the monkey ) and Lord  Vishnu ( as a human prince – Ram )  together help rid of the evil and save “Janki” ( Sita ) who incidentally was found  underneath the soil while ploughing the Earth by her foster-father king Janak ! Moreover each God has a “Vahan” ( deity’s mount ) which almost always is an animal or bird. And what can be more contrasting that Lord  Ganesha ( the elephant-headed god ) has a mouse as his vahan ? The ancient Indian culture teaches compassion and tolerance while highlighting the fact that even the smallest creature is important in  ecology.

And this respect for the ecosystem is true across Continents in all cultures and religion. It is time, we once again find the rhythm of life.

Part-II – Disconnect from ones culture is the root cause of Global Warming; Killing Trees

Posted by Oyeta936 on March 24, 2012 in Susutainable Buildings & Climate Initiatives

← Insurance Agencies will be the best Advocates for Climate Change Abatement in near Future.
CIICESD : Business of Green is taught best by those in Business. →