Green Business Ideas : Tall Buildings made from waste plastic is possible & its LCA is cheap – a builders delight and boon to Environmentalist

Business all over, in every Country is in flux. The fine tuning between Economic growth with least Environmental damage, while maintaining the modern life-style is challenging to say the least. But it is precisely during these challenging times, the World should go back and re-look at inventions – ignored during the ‘gold rush’ days in every sphere and bring forth into light others which are perhaps thriving in isolated pockets, but need the urgent attention to be brought out into the limelight and popularize it among the masses. 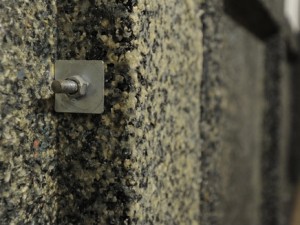 Thermo Polymerized Rock;  I did not even have the slightest idea that when I would sit down to write this article, every thing I would be asking the Green Building councils around the World to mull over, is already a ‘ open packet and serve’ solution. Affresol Modular Buildings are made from an innovative new structural product called TPR™ (Thermo Polymerized Rock).  It can be used to make the “Modular Buildings” and “Sectional House Frames” which have a Compressive Strength range 22 KN/mm2 to 38 KN/mm2. And perhaps there would be many more companies around the world doing the same. Its their time now. In India we have a Company Damanganga, which manufactures roofing and flooring sheets from waste, even some furniture, but I have not yet met a company which is making product like TPR.  Yes! the common people in the streets must know about it, not the intelligentsia discussing it in Five Star Hotel seminars.

And if discussion indeed need to happen then it should be on how Tall Buildings in Asia can be made modular. And more so in the ever growing cities of South East Asia. Every one knows that in this economic gloom and doom period, the rising stars are the BASIC countries. India being one of them, would be having a revised projected growth of 5% to 6%  instead of 9%. And according to the Deputy Governor of the Reserve Bank of India, this can by no stretch of imagination be called ‘recession’; slower growth maybe. Therefore The European Union which is facing an economic crisis can harbinger overall growth by exporting their technology and expertise on TPR, help stave plastic pollution and earn some goodwill along with money. It could be the beginning of a great green business idea.

Because, as the South East Asian Cities grow, they bring with them problems, many of which have been addressed in my earlier articles ( http://wp.me/p1xbzq-a0 ; http://wp.me/p1xbzq-7i; ). Mumbai and New Delhi both are signatories of C40 Cities program. In fact all over cities are looking to become Climate responsive. In this back drop, it would be one of the finest engineering goals for the Construction industry to devise about how Tall buildings in India can be built with TPR.

Imagine – 50 years down the line, all one has to do is dismantle section by section a whole sky scraper  and pack it of for recycling. No construction debris, no brown-field sites filled with plastic. Having popularized the method, one can just start mapping the embodied energy saved, from limiting the use of cement  & concrete, paint and other conventional building materials. Also, the basic being plastic, one can have thinner walls which are both sound proof as well as lighter in weight. This would surely reduce the structural steel and make more carpet area  to wall space  ratio .

A winner in every way, for now each plastic bag, article which was discarded without a thought would be a valuable article to be segregated and sold. Perhaps enterprising companies would trawl the ocean floors near the countless beaches and gather the plastics which as of now are cause of Environmental hazard!

Posted by Oyeta936 on February 8, 2012 in Susutainable Buildings & Climate Initiatives